Do you have a problem during the session? Keep running! 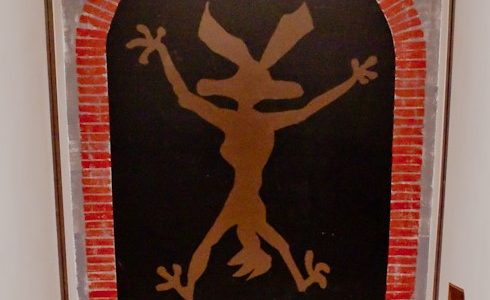 You know when Wile E. Coyote realizes that is running in the air and starts falling?

This is the same when during a session, you realize that something is going wrong and start panicking.

If a demo fails, or a question is tricky, or something goes wrong, IT’S NOT A PROBLEM, or better, it’s not necessarily a problem.

If you “keep running”, 90% of the participants won’t notice anything and the remaining 10% will understand that you’re still *alive* after a critical situation.

It’s easier to admit the problem, and keep running, instead of insisting and losing valuable minutes, or completely miss the train of thought. The important part is keeping the flow of discourse.

And remember, keep running, but beware of the fake tunnels! If you’re in a dead-end, stop running, admit that you were wrong, take a deep breath, drink some water, and restart.

This TED talk is beneficial to understand how to react in some situations.

– Photo: A mural of Wile E. Coyote smashed into the wall of the Rotch Library at MIT. Due to differences in floor height in connected buildings, this hallway unexpectedly ends in a wall. (source Wikipedia)